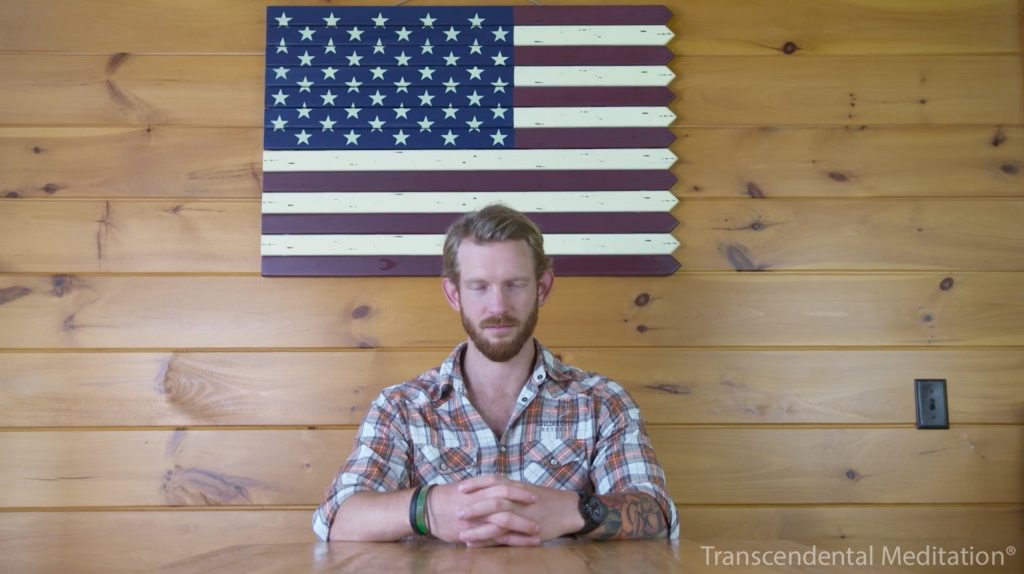 “After eleven years in the Marine Corps and multiple tours overseas and really all over the world, I got out. And when I hung up the uniform I kind of fell apart. The traumas that I brought into the Marine Corps caught up. That led to a pretty detailed plan for suicide.

“I realized that that’s not my birthright, and actually I need to try something different. So I called the executive director of Boulder Crest and said I need this, I need the Warrior PATTH.

“During the Warrior PATTH I was introduced to a variety of different modalities, and I’d say one of the most pivotal was the Transcendental Meditation that was provided through scholarships that were given to us by the David Lynch Foundation. And focusing on the twenty minutes twice a day of Transcendental Meditation, I now have the connection to self that I didn’t have before. I know who I am. And because of that realization, I now find myself as a Warrior PATTH guide at Boulder Crest Retreat. And I get to walk with my brothers and sisters as they start their path.

“One of the things that we did at Boulder Crest during the Warrior PATTH was archery, but I can’t do archery on an airplane. And I can’t take a horse on an airplane or in a traffic jam. But I can use my TM on an airplane. I can meditate. I can use my mantra in traffic [as a passenger]. So I think that’s why TM is so pivotal. You can take it anywhere. It’s literally the one you can take anywhere you go.

“I want to thank the David Lynch Foundation. Your generous gift of Transcendental Meditation has changed my life and the lives of my family forever.”